The Overview of The Case

In October 2011, Dr Stephen Hamilton was a well-respected and popular GP at the Heaton Medical Practice in Bolton; a successful, family practice which Stephen had built up with his colleagues. Stephen’s patients spoke highly of the professionalism and care he had demonstrated in a NHS career of over 20 years standing. Stephen obtained a post-graduate teaching qualification in addition to his medical degree, and was responsible for tutoring and mentoring trainee doctors at the practice in addition to his duties as a GP. He was a family man, who liked foreign travel, outdoor activities and good food – a regular, friendly chap; admired by friends, patients and colleagues alike.

In October 2011, a young woman claimed that she had been sexually abused by Dr. Stephen Hamilton. However, when the Crown Prosecution Service reviewed police interviews with the complainant and with Stephen in November 2011, it found no basis for any charges to be brought against him.

Six months later, the complainant was re-interviewed. Despite her lack of cooperation, a lack of detailed allegations and no presentation of specific dates, he was charged with historical sexual abuse crimes. Stephen has always maintained his innocence.

In the 18 months leading up to the trial, Stephen was never remanded in custody. However, in spite of the widely believed maxim  ‘innocent until proven guilty’, he lost his anonymity, his job, his business and his home. He was the victim of threats and vandalism. His accuser could not, and still cannot be named, for legal reasons.

In June 2013, Dr Stephen Hamilton was convicted with no concrete evidence, on the sole testimony of the complainant. 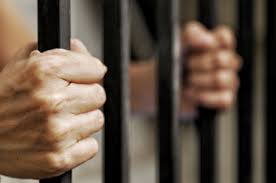 Today, he is serving an 18 year sentence for those alleged crimes, in spite of disturbing holes in the case against him.

Stephen’s complainant suffered from schizophrenic psychotic illness, diagnosed in childhood, and experienced hallucinations, delusions, and compulsions to harm herself and others. She was hospitalised on many occasions, and was treated with powerful anti-psychotic medication and psychological counselling. Her delusions included the beliefs that she was being observed electronically by a foreign government, and that her doctors were plotting with political figures to poison her. Her delusions were reflected back to her during treatment as being untrue, and professionals worked with her to try to help her recover an accurate view of reality.

Following her return home from hospital, a young girl suggested her illness could be because the complainant could have been may have been abused. Suddenly, the complainant voiced claims that she was beginning to remember being raped repeatedly and violently over a period of years. Doctors and welfare authorities seized on her claims without question, as being the explanation for her condition, rather than exploring the possibility that they were further delusions. The complainant gave a vague interview to the police, who were compelled to investigate.

Stephen knew nothing of the allegations against him until he was arrested. He co-operated fully with police questioning and when the Crown Prosecution Service decided that there were no charges to answer, Stephen was released.

Six months later, the complainant was re-interviewed. On this occasion, she was unco-operative; yet despite there being no detailed allegations, Stephen was charged.

Stephen discussed the allegations with his colleagues at the Heaton Medical Practice and with the local NHS organisation, as well as informing the General Medical Council, and  withdrew from clinical work while awaiting resolution of the matter.

During the eighteen months leading up to the trial, Stephen’s life as he knew it was demolished. He lost his home, his career, his financial stability; he was the victim of threats and vandalism – all before the trial had begun.

The prosecution stalled repeatedly when asked to produce the complainant’s medical records, and the process was punctuated by numerous adjournments of hearings. Eventually, the judge elected to begin the trial before full disclosure had been made; the majority of required records were passed to Stephen’s defence team only as the trial began. 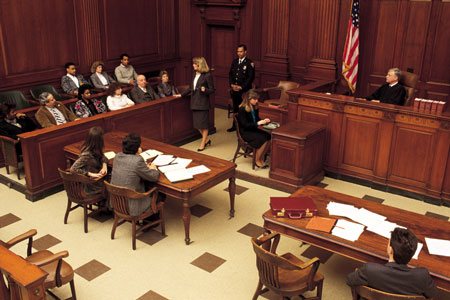 In spite of problems with a lack of full disclosure from the prosecution, Stephen’s defence team instructed Dr Janet Boakes, an expert psychiatrist in the field of False Memory Syndrome (FMS) to examine the reliability of the complainant as a witness. Dr Boakes analysed the available records and interviews conducted with the complainant. Her expert view was that the allegations made were not based on genuine recall, but on false memories which the complainant had come to believe were real.

Dr Boakes cited a number of reasons for her conclusion, one of the tell-tale signs being the complainant’s claim that she had begun to have a ‘physical memory’ of the sensations of the alleged abuse, which she said had triggered a cognitive memory of the events she maintained had taken place. What the complainant was describing is known as a ‘body memory’; the mistaken belief that the body records traumatic memories that the brain is not conscious of.

Although the concept of ‘repressed memory’ is widely accepted as truth by the public, it is not a medical reality.

‘Body memories’, ‘repressed memories’ and ‘recovered memories’ are commonly referred to in popular culture – anyone who has watched a TV police investigation drama or read bestselling crime paperbacks will be familiar with the ideas that memories too traumatic for the brain to deal with are ‘locked away’, until a triggering event occurs – but the fact is that none of these concepts have any foundation in science.

One of the key issues with FMS is how the brain needs to operate to make sense of inconsistencies in memories. It’s necessary for the ‘witness’ to rationalise what they have come to believe are the facts; what actually happens is that partial memories and evidence are reinterpreted to make sense of what the witness now believes happened.

In short, the brain constructs false memories to fill in gaps so the overall account makes sense to the person recalling it.

When the trial began, Judge Richard Mansell, QC, decided to hear the complainant’s evidence before deciding whether Dr Boakes’ testimony was admissible. This was to be a dreadful blow to Stephen’s defence.

A delusional patient relies on health professionals to help to separate hallucinations from reality. In this case however, the complainant’s apparent ‘recovered memories’ were not questioned, in spite of the complainant’s history of delusions, but were reinforced by police and healthcare workers. Rather than being treated with some success, as previous delusions had been, her delusional beliefs were strengthened by the very people who were supposed to help her.

More alarmingly still, mental health professionals changed the complainant’s diagnosis without thorough investigation of her claims. What had been diagnosed previously as a schizophrenic psychotic disorder was revised to ‘complex post-traumatic stress disorder’, an unrecognised diagnosis based on the assumption that the abuse had actually taken place.

Effectively, this diagnosis changed the complainant’s condition from a mental illness established in childhood and adolescence, particularly among very intelligent children, to her reaction to someone else’s behaviour.

The new diagnosis could not explain any of her previous, medically documented, hallucinations or delusions, yet the complainant was told that her symptoms were caused by the abuse she claimed to remember. Her belief that abuse had occurred was strengthened by her own reinterpretations of her personal diaries and medical notes – both of which stated that she had no recollection of any abuse having taken place, and had never experienced sex. Her medical notes changed later, as she claimed that she had ‘started to remember’ abuse.

Given the nature of her false memories, coupled with this new diagnosis, unsurprisingly, the complainant was adamant to judge and jury that her allegations were true. She told the judge that she had ‘always remembered’ the alleged abuse; this is a common conviction in FMS, where as explained above, gaps in previous, conscious recall are altered by the brain to fit with the current belief.

Based on this claim, Judge Mansell, QC, not being an expert in false memory, decided there was no basis on which to admit Dr Boakes’ expert evidence, he used his analysis of a complex medical issue to override an expert.

As a consequence of his decision, the jury were given no information regarding the problems with the complainant’s apparently sincere and emotional testimony, nor the indications of False Memory Syndrome.

During her testimony, the complainant admitted that she was suffering psychotic symptoms; she stated she was ‘hearing voices’ while she was giving evidence.

Because of her symptoms, she could not be held responsible for recounting false memories.

The only direct evidence against Stephen was the complainant’s very limited, oral testimony – essentially, hearsay.

She gave no specific dates for the alleged abuse, and other witnesses had seen no evidence that abuse was supposedly happening in the next room from them, over a prolonged period.

Because of the imprecise nature of the allegations, the only defence that Stephen could offer was that it did not happen.

Stephen’s responses to questions during the trial were consistent with records from the time prior to the allegations being made, and with his police interview.

The case rested on no more than the complainant’s word against Stephen’s.

The jury sitting in Stephen’s case considered the evidence they had been allowed to hear for three days, but were unable to reach a unanimous verdict. Judge Mansell met with the defence and prosecution barristers and agreed to end the trial, due to the hung jury. – Stephen would be released and could go home.

The judge then received – and accepted – a majority verdict.

Clearly, there was significant doubt among the jurors – a concern, particularly as they had not been permitted to hear the full evidence Stephen’s defence had intended to present. Some of the jurors were visibly distressed as the verdicts and sentence were given.

Court officers had been present throughout the trial, and consequently, had heard all of the evidence the jury had been excluded from. Accustomed as they were to the daily workings of the court, court officers wept at the verdicts, and offered support for Stephen, declaring their belief in his innocence.

Timing is crucial in ‘achieving best evidence’ (ABE) in sexual offence cases, because discussion with, or input from health professionals, family, friends or police, can contaminate the evidence. Everyone is suggestible to some degree, and interaction with others can cause the complainant to fill in ‘missing’ information with false memories. The ideal scenario is when the complainant’s account is recorded in an interview as soon as possible. This first video ideally forms the basis of the trial; the quality of evidence gathered later is inevitably of poorer quality as it will have had more chance of contamination.

So logically speaking, in allegations of historical abuse – that is abuse which supposedly happened a considerable time before allegations were made – it’s impossible to ‘achieve best evidence.’

In Stephen’s case, the ABE video was filmed long after the intervention of many health professionals. The Crown Prosecution Service could not find sufficient evidence presented to prosecute, but in a bizarre and confusing development, another attempt was made to ‘achieve best evidence’ – after still more months of intervention. During this second interview, the complainant refused to elaborate on allegations and became uncommunicative.

In spite of this, Stephen was charged following this deeply flawed second interview.